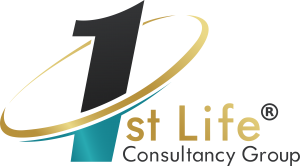 Diversity and Inclusion and Emotional Intelligence are two things that are normally thought of in separate boxes, but a couple of recent situations brought home to me the links between them – and indeed how they feed one another.

In the first, I was facilitating a group of white people, who were looking at how they could make their organisation more diverse, especially in terms of race, in response to the Black Lives Matter movement.

Their awareness and knowledge of Diversity and Inclusion was variable but on the whole pretty low. However, their skills in Emotional Intelligence were very developed. What this meant was that as we explored issues, mainly around race, they were able to recognise that it was uncomfortable to talk about these issues as white people and stay with that discomfort. They were able to own and work with their feelings about the discussion rather than externalise them – for example, by intellectualising or being defensive.

I always say that it is important to intervene because

On the workshop, we got into a very interesting discussion about how a man might do this in quite a sexist way, a “don’t worry, dear, I’ve got this”, knight on a white charger sort of way – and actually undermine the woman through the challenge.

These situations are complex. Diversity and Inclusion is played out in moment to moment relationships between people; People often want simple answers: “What do I do when I meet a Person of Colour? What shouldn’t I do?” but of course, there is no way to give simple answers, because in each of those situations there are different people, relationships and contexts. So Emotional Intelligence comes in very handy, to handle these situations in a way that promotes inclusion through awareness of, and sensitivity to, the needs, relationships, and reactions of the people in the interaction – including your own.

These examples show the importance of EI to work on inclusion. For me it works the other way too. I have been in groups who were wonderful at working on group dynamics and emotional intelligence, but had no awareness of D&I. It was mainly made up of people from privileged groups and this unawareness made it very difficult for those few of us who were from minoritized groups, for whom the dynamics of D&I within the group were important and plain to see – but we battled against the unawareness of these dynamics of others in the group

Groups and organisations work better and are more effective and efficient when there are people in them who are able to work with the dynamics within the group/organisation, and move it forward. And that means ALL the dynamics including both D&I and EI.

It’s also, I think, why it’s important for those of us who work in the field of Diversity and Inclusion, to have skill and experience in both arenas, so that we can bring EI into the conversation and model that for participants – that’s why it is good to work with Toni & I at 1st Life Group.